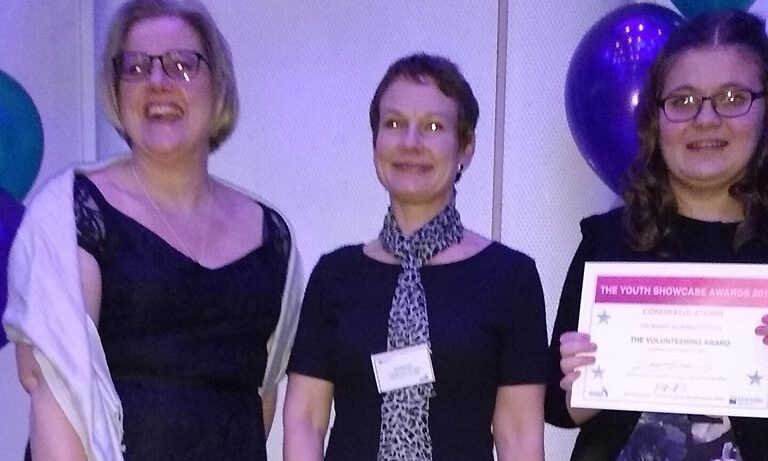 Girlguiding was well represented at the Mole Valley Youth Showcase Awards at the Dorking Halls recently.  Dress code meant they could not wear split jeans or uniform! Lisa Glancy and Nicola Brett were both nominated for the Junior Youth Voice Specialist Award for their work with 4th Dorking Brownies & Westcott Brownies. They were joined by Guide Megan Inglis Warren who was nominated for overcoming her challenges but still volunteers each week, at Brownies. They were supported in the audience by Brownie Abi Butler who detected very quickly by touch Brown Owl was wearing nail polish!!

Congratulations to all the nominees they were well deserved.