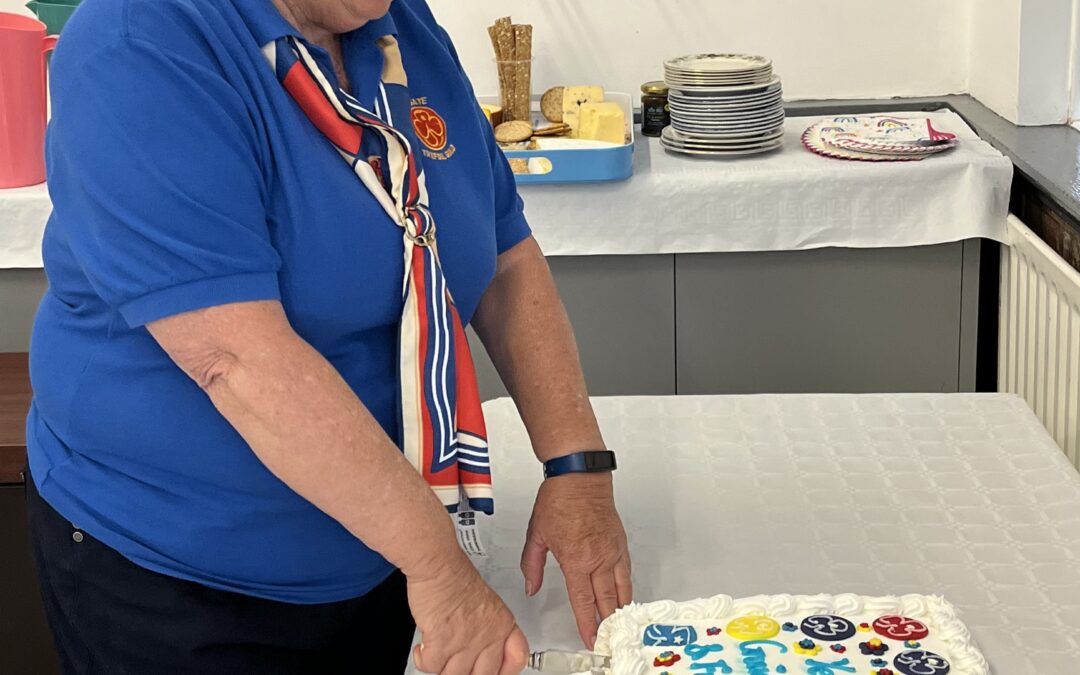 On Saturday 28th May Reigate Division held an event at Empire Hall to celebrate all of our volunteers but there was a special presentation for Veronica Ballard who has been volunteering with us for 60 years.

Originally the assistant leader for 7th Horley Brownies, Veronica then led 6th Horley Guides.  She then went on run Horley District Rangers – which was fondly recalled by the current Horley District Commissioner Helen Prosser who was one of Veronica’s rangers – triggering memories among many of the Reigate Division leaders. Surrey East County Commissioner, Beverly Heywood-Jones made a speech and presented Veronica with this amazing achievement.

Over her 60 years, Veronica has taken on many roles within the Division and County, from unit leader to District Commissioner to still sending out qualification certificates for the County!

Veronica was presented with the Girlguiding 60 years long service badge badge along with some flowers and a Girlguiding Swarovski vase.